The True Colours Initiative, by Aqualitas and Reef Organic, ensures a portion of our profits goes to effect change, providing space and resources for impactful groups and people to flourish. Alongside donations, diverse voices are highlighted, elevated, and compensated to guarantee that the initiative provides a strong foundation for evolution with important context and education. Our ‘Allyship in Action’ series provides a set of tools, stories, insights and inspiration to ensure the intersection of Cannabis and Queerness is understood and respected, from those who can rightfully speak on their subjects of expertise.

In a Canada-wide study commissioned by Telus, one-third of participants said they don’t find their workplace safe and inclusive for lesbian and gay employees and nearly half reported the same for transgender employees. This type of work environment contributes heavily to minority stress, which is the impact that marginalized minority groups experience in comparison to the dominant group and can be related to, race, gender, disability, or sexual orientation. Constantly correcting people about pronouns, hearing homophobic remarks, and dealing with microaggressions from coworkers can make an average workday exhausting and a stressful one unbearable.

As a cannabis leader, you want your employees to succeed. If your 2SLGBTQIA+ employees dread coming to work or don’t feel safe in the workplace, are they succeeding? Are you succeeding as a leader? No and no.

Today, we’ll be going over a few of the ways you use your role as a cannabis leader to make your workplace a safe and inclusive space for your 2SLGBTQ+ colleagues.

Inclusion is the right thing to do

A lot has been written about the business case for diversity, equity and inclusion (DEI). Statistics show that companies with gender diversity in executive teams are more profitable and 2SLGBTQIA+ inclusive policies have a positive impact on stock prices. These are appealing statistics for cannabis business owners but shouldn’t the wellbeing of your employees be enough? In fact, the business case for inclusion is starting to backfire.

Research conducted by Oriane Georgeac, professor at Yale School of Management, and Aneeta Rattan, professor at London Business School, found that 80% of the Fortune 500 companies included the business case for diversity on their corporate website. These companies suggested that diversity was important to them because it would contribute to their profits. Researchers discovered that the historically excluded groups, including women in science, technology, engineering and math (STEM), Black college students and 2SLGBTQ+ individuals, were less likely to want to join companies that used the business case for DEI.

Nothing kills a DEI strategy faster than having leaders who are unengaged and unsupportive of the DEI team trying to create positive change in a workplace. There have been many reports and articles written about the lack of diversity and inclusion within the cannabis sector. In October 2020, a policy brief, released by the Centre on Drug Policy Evaluation and the University of Toronto, looked at c-suite level executives, parent companies and licensed producers in Canada. The research revealed that, two years after legalization, 84% of cannabis industry leaders were white and 86% were men. The report also found that only 2% of industry leaders were Indigenous, and 1% was Black.

As a cannabis leader, it’s critical to lead by example on how to be inclusive. Being an early adopter of practices like adding pronouns to your email signature or using people’s correct pronouns in meetings, clearly lets employees know that this is something you take seriously and so should they.

While it may not be your intent to make employees feel unsafe, being slow to adopt these types of practices can make the people directly impacted feel unsupported and unsafe. It also signals to the people opposed to or unsure of the changes that they don’t need to adjust their behaviour.

Another way to show your team that you’re open to learning and that you prioritize inclusion is by showing up to education webinars or events. This signals that everyone, no matter where they are within the company hierarchy, has something to learn about being more inclusive.

One of the most important ways leaders can help create an inclusive workplace is to ensure there are policies in place that support 2SLGBTQ+ employees. While you may not be directly involved with company policy changes, you can champion these types of adjustments and amplify the voices of those within the company who may be advocating for change.

Participating in Pride events is a great way to celebrate your 2SLGBTQIA+ employees and clients but if there are no policies behind the rainbow logo, it’s an empty display of allyship.

Be mindful of your actions outside of the workplace

There’s no such thing as a separate work life and personal life. What impacts us in our personal lives impacts how we show up for work and vice versa. Be mindful of your actions outside of the workplace, including online.

For example, if you’re trying to make trans employees feel safe and supported, but you’re supporting the hateful rhetoric of transphobic people and organizations on platforms like Twitter or LinkedIn, no amount of positive company culture or policies will make trans employees feel safe. You may be surprised at the blatant transphobia and homophobia that people engage in on these public platforms.

Habits also take time and repetition to change. Chances are if you’re using one vocabulary and one set of behaviours in your workplace and another in your personal life, they’re bound to get muddled at some point.

When it comes to using more inclusive language (like saying everyone instead of ladies and gentlemen), most people likely won’t notice the subtle changes; however, for the people in your life who are most impacted by inclusive language use, your behaviour will make a world of difference.

While it’s important to be a good example your employees can look to, there may come a time when you don’t have the answer to a question or know how to handle a situation. You may also say something that, despite your intentions, hurts someone or makes them feel unsafe.

Instead of getting defensive or giving unhelpful, potentially harmful advice, this is the time to look to your internal DEI team. If you don’t have a DEI team, seek advice from a DEI consultant and consider adding these types of positions to your workplace.

You may have 2SLGBTQIA+ employees who are natural educators and enjoy helping people learn but not everyone does. Some people just want to show up for work and go home without advocating or educating and that’s absolutely okay. Keep in mind that if you’re increasing someone’s responsibilities to include more DEI-related tasks (which often come with more of an emotional burden), increase their pay accordingly.

Perfectionism can sometimes hinder people from making changes to be more inclusive. They don’t want to say the wrong thing, so they just don’t say anything at all. Being open and honest when you don’t have the answers or learn from your mistakes shows your employees that it’s okay to ask for help.

If your company has employee resource groups (also known as affinity groups), reach out and see if there are ways you can use your influence and position within the company to amplify their voices. Perhaps your company’s 2SLGBTQIA+ ERG has been advocating for gender inclusive bathrooms but no one in positions of authority within the company has taken the time to listen. Asking a simple question like “how can I help?” is often the best way to figure out the needs of a community without speaking over them.

If you have the capacity, be available for 2SLGBTQIA+ employees who may not have career mentors, especially in positions of leadership. If you don’t have the capacity to be a mentor, leverage your network and help make connections. Don’t just stop at mentorship though; be a sponsor, which is often described as the next step in mentorship. Instead of just speaking to your mentee and sharing advice, sponsorship involves speaking about them and championing them when they’re not in the room.

It’s also important to challenge homophobia and transphobia in the moment, especially when there are other people present. For example, if someone repeatedly misgenders a colleague during a meeting, it’s critical for you, as a leader, to speak up. This is not the time to pull someone aside privately after the meeting to remind them that this type of behaviour is inappropriate.

By speaking up in the moment, you’re accomplishing three important things:

By being an inclusive leader, you can help create a workplace where 2SLGBTQIA+ employees can thrive every single day of the year.

To summarize, this can be done by:

Remember, participating in Pride events is a great way to celebrate your 2SLGBTQ+ employees and clients but if there are no policies or action behind the rainbow logo, it’s an empty display of allyship. 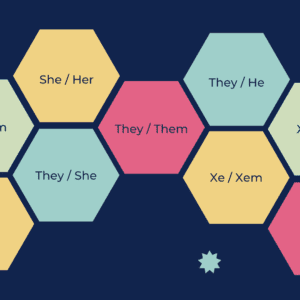 The Power of Inclusive Language

Words hold a lot of power; they can make our day and just as easily ruin it. Inclusive language has... 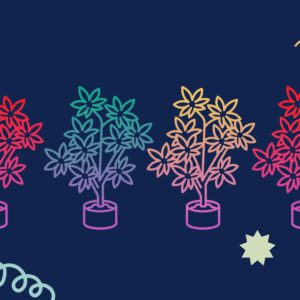 Cannabis and queerness are inextricably linked in past, present and future. It’s high time we share some of the deeply... 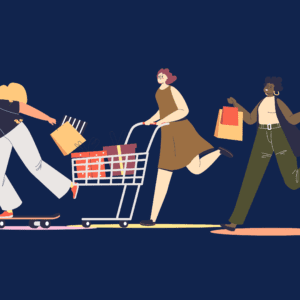 There are no disadvantages to cultivating safe and inclusive spaces. By taking these steps, you can begin to lay the... 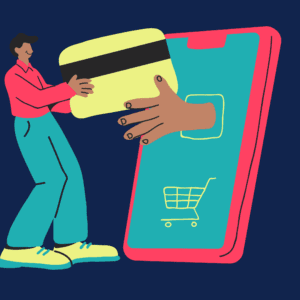 Being an ally and building inclusivity into your business practices means looking at every step in the customer journey and...