This article originally appeared on TheStar.com

Aqualitas CEO Myrna Gillis described the arrangement as a significant step for the company.

“We think, from a leadership perspective, this is really important to us as being in a coastal community. Obviously, taking garbage from our oceans is really important, and we’re just very happy that we were able to work with a forward-thinking company that had the same sort of ideas and visions about bringing it to fruition,” she said in an interview with LighthouseNOW.

In a recent press release, Josh Adler, Aqualitas’s director of operations, suggested that while the facility is a low energy and low water consumer due to its LED lights and aquaponic systems, “we wanted to do more.”

He added that it’s been two years in the making to source packaging material, connect with a manufacturer, get the product certified, conduct impact investigations and make the whole thing work during a pandemic.

Sana Packaging is working with Oceanworks, a global marketplace for reclaimed ocean materials and products, to make its 100-per-cent reclaimed plastic packaging.

“It’s basically packaging that is taken from our oceans, waterways and shorelines. It’s separated and graded, and the product we would use would be food-grade [food safe], reclaimed plastics. “It’s a way to effectively recycle waste that didn’t make its way into our recycling stream.”

According to the release, the first order for packaging from Sana reclaimed 1.8 million tonnes of ocean plastic.

The packaging will be used for the company’s flower products and exclusively in all its medical offerings, along with for some of its branded products and for lids on glass jars of other products.

Gillis said the changeover in packaging will not affect the cost of any of their products, despite a rise in cost for the company to introduce the sustainable packaging. She added that Sana Packaging has offered competitive pricing and they are able to absorb the extra cost.

The new packaging will launch coast-to-coast via Aqualitas’s medical platform in five-gram jars, and in Nova Scotia in the recreational market, via its Reef Organic product line later this month. 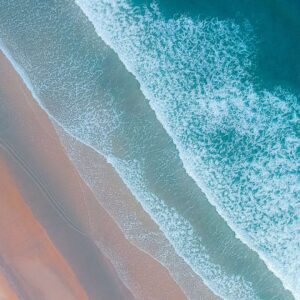 Aqualitas proudly announces the renewal of their Clean Green Certification, demonstrating their ongoing commitment to the highest standards of organic... 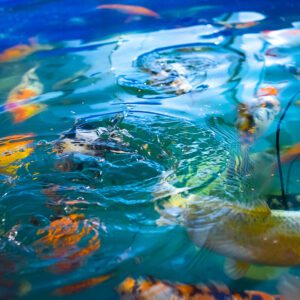 Aquaponics: The future of sustainable cannabis is fueled by fish poop

Did you know that some Canadian cannabis is grown using fish waste? No, we aren’t being koi; aquaponics is a...